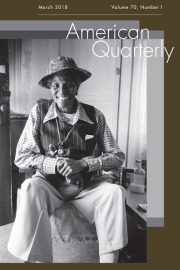 Through an Anticolonial Looking Glass: On Restitution, Indigenismo, and Zapatista Solidarity in Raiders of the Lost Crown

This essay examines Raiders of the Lost Crown (2013), by Fran Ilich (b. 1975, Tijuana), as an example of current experimental artistic-literary production that uses transmedial narrative forms to articulate a capacious anticolonial critique and trace historical connections between (neo)colonial and (neo)imperial formations. Raiders took the form of an alternate reality game whose players were charged with recapturing a legendary pre-Columbian Mexica (Aztec) headdress from an Austrian museum. The gameplay unfolded across myriad platforms, including an intervention at the museum, epistolary exchanges, a petition campaign, and participation in a solidarity economy. With mordant wit and calculated deception, Raiders puts on display the colonial character of museums, neoliberal economic regimes, and the geopolitical determinations that define debt and property while ironizing and provincializing Eurocentric humanism's universalizing claims and the moral feelings founded on these. Raiders critiques the neocolonial character of the Mexican state and its indigenismo in a manner that attests to the influence that Zapatista discourse and the history of the Zapatista Army of National Liberation have had on the politics and aesthetics of Ilich's work. Finally, in a speculative and utopic register, Raiders invokes the possibility of a future beyond European colonial modernity.