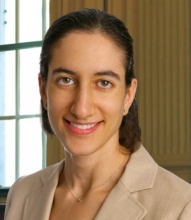 Professor of Law and History

Serena Mayeri is Professor of Law and History at the University of Pennsylvania Law School. Mayeri’s scholarship focuses on the historical impact of progressive and conservative social movements on legal and constitutional change. Her history of feminist legal advocacy in the 1960s and 1970s, Reasoning from Race: Feminism, Law, and the Civil Rights Revolution (Harvard University Press, 2011; paperback edition 2014) received the Littleton-Griswold Prize from the American Historical Association and the Darlene Clark Hine Award from the Organization of American Historians (OAH). Mayeri’s current book project, The Status of Marriage: Marital Supremacy Challenged and Remade, examines challenges to the legal primacy of marriage since 1960. Recent work related to this project has appeared in the Yale Law Journal, Constitutional Commentary, and the California Law Review. Mayeri is the author of many law review articles and book chapters in edited volumes, and has contributed to several amicus briefs authored by historians and legal scholars on subjects including marriage equality, abortion rights, constitutional family rights, and gender-based citizenship restrictions.

At Penn, Mayeri holds a secondary appointment in the Department of History, and is a Core Faculty member in the Program on Gender, Sexuality, and Women’s Studies. She also serves on the Executive Committee of the Program on Democracy, Citizenship, and Constitutionalism at Penn’s Andrea Mitchell Center for the Study of Democracy. Mayeri has taught courses in the legal history of women, gender, and feminist advocacy; the law and history of marriage; social movements and the law in American history; employment discrimination law; and family law. Prior to coming to Penn in 2006, she was a Samuel I. Golieb Fellow in legal history at the New York University School of Law, and served as a law clerk to Judge Guido Calabresi on the U.S. Court of Appeals for the Second Circuit. An alumna of Harvard/Radcliffe College, she earned a J.D. and a Ph.D. in History from Yale. In 2006, she received the Jane Rainie Opel Young Alumna Award from the Radcliffe Institute for Advanced Study. Her doctoral dissertation received the Lerner-Scott Prize from the Organization of American Historians and Yale’s George Washington Eggleston Prize. She is currently an OAH Distinguished Lecturer.