Amidst ever more urgent calls to address climate change at global and local levels, there is a crucial need to form cross-disciplinary and coalitional approaches to prevent further stratification of existing social inequalities in the wake of climate disasters, resource scarcity, and public health crises more generally. Climate change has increased pressure on social programming and public resources and highlighted the precarity of public infrastructures that serve vulnerable communities. In what ways can gender and sexuality as social categories of analysis be leveraged to enact significant political shifts in the management of climate crisis? What can be learned from transnational feminist organizing to combat climate change? Beyond Survival: Eco-Feminist Imaginings in Precarious Times features 3 keynote talks with responses from members of the Penn GSWS/APC community.

Alyssa Battistoni is a political theorist and an Environmental Fellow at Harvard University. She works on topics related to political economy, environmental politics, feminism, and the history of political thought and is presently working on a book titled Free Gifts: Capitalism and the Politics of Nature. Her writing has appeared in the Nation, Dissent, n+1, and Jacobin, among other publications. She is co-author, with Kate Aronoff, Daniel Aldana Cohen, and Thea Riofrancos, of A Planet to Win: Why We Need a Green New Deal. She tweets @AlyBatt.

Kim TallBear is Associate Professor, Faculty of Native Studies, University of Alberta, and Canada Research Chair in Indigenous Peoples, Technoscience & Environment. She is also a Pierre Elliot Trudeau Foundation Fellow. Dr. TallBear is the author of Native American DNA: Tribal Belonging and the False Promise of Genetic Science. Building on her research on the role of technoscience in settler colonialism, Dr. TallBear also studies the colonization of Indigenous sexuality. She is a regular commentator in US, Canadian, and UK media outlets on issues related to Indigenous peoples, science, and technology as well as Indigenous sexualities. She is a regular panelist on the weekly podcast, Media Indigena. She is a citizen of the Sisseton-Wahpeton Oyate in South Dakota.

Cindy Wiesner, a 30-year veteran of the social justice movement in the U.S. and internationally, is the Executive Director of the Grassroots Global Justice Alliance. She got trained as a union organizer with HERE and went on to build independent workers centers in the Bay Area and Miami. She’s been active in many movement building initiatives, including World March of Women, Social Movement Assemblies, International Council of the World Social Forum, U.S. Social Forum, Fight Against the FTAA, UNITY, Building Equity and Alignment Initiative and, currently, It Takes Roots, the Rising Majority, Green New Deal Network and the People’s Bailout. She is currently volunteering with The Frontline. She helped co-found the Climate Justice Alliance and played a leadership role in the Peoples Climate Movement that organized the massive mobilizations in New York, Washington, D.C. and San Francisco in recent years. She is currently an advisor to Groundswell’s Liberation Fund. Cindy is a lesbian of Salvadoran, Colombian and German descent and a grassroots feminist, internationalist, and movement strategist and lives in Durham, North Carolina. 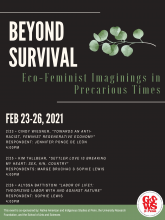