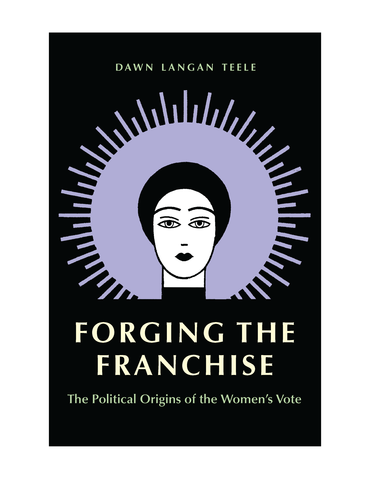 Forging the Franchise The Political Origins of the Women's Vote

In the 1880s, women were barred from voting in all national-level elections, but by 1920 they were going to the polls in nearly thirty countries. What caused this massive change? Why did male politicians agree to extend voting rights to women? Contrary to conventional wisdom, it was not because of progressive ideas about women or suffragists’ pluck. In most countries, elected politicians fiercely resisted enfranchising women, preferring to extend such rights only when it seemed electorally prudent and in fact necessary to do so. Through a careful examination of the tumultuous path to women’s political inclusion in the United States, France, and the United Kingdom, Forging the Franchise demonstrates that the formation of a broad movement across social divides, and strategic alliances with political parties in competitive electoral conditions, provided the leverage that ultimately transformed women into voters.

As Dawn Teele shows, in competitive environments, politicians had incentives to seek out new sources of electoral influence. A broad-based suffrage movement could reinforce those incentives by providing information about women’s preferences, and an infrastructure with which to mobilize future female voters. At the same time that politicians wanted to enfranchise women who were likely to support their party, suffragists also wanted to enfranchise women whose political preferences were similar to theirs. In contexts where political rifts were too deep, suffragists who were in favor of the vote in principle mobilized against their own political emancipation.

Exploring tensions between elected leaders and suffragists and the uncertainty surrounding women as an electoral group, Forging the Franchise sheds new light on the strategic reasons behind women’s enfranchisement.