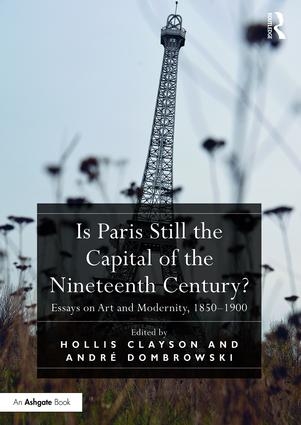 Is Paris Still the Capital of the Nineteenth Century? Essays on Art and Modernity, 1850-1900

"Is Paris Still the Capital of the Nineteenth Century?" The question that guides this volume stems from Walter Benjamin's studies of nineteenth-century Parisian culture as the apex of capitalist aesthetics. Thirteen scholars test Benjamin's ideas about the centrality of Paris, formulated in the 1930s, from a variety of methodological perspectives. Many investigate the underpinnings of the French capital's reputation and mythic force, which was based largely upon the city's capacity to put itself on display. Some of the authors reassess the famed centrality of Paris from the vantage point of our globalized twenty-first century by acknowledging its entanglements with South Africa, Turkey, Japan, and the United States. The volume equally studies a broader range of media than Benjamin did himself: from modernist painting and printmaking, photography, and illustration to urban planning. The essays conclude that Paris did in many ways function as the epicenter of modernity's international reach, especially in the years from 1850 to 1900, but did so only as a consequence of the idiosyncratic force of its mythic image. Above all, the essays affirm that the study of late nineteenth-century Paris still requires nimble and innovative approaches commensurate with its legend and global aura.