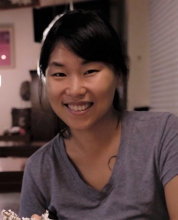 So-Rim Lee is a Korea Foundation Assistant Professor of Korean Studies in the Department of East Asian Languages and Civilizations at the University of Pennsylvania. So-Rim’s research and teaching explore the politics of representation in visual cultures and everyday embodiment in South Korea and the Korean diaspora from the intersection of performance studies, gender and sexuality studies, and cultural studies. She is currently writing her first book examining how discourses on plastic surgery in South Korea’s past century reveal a systemic marginalization of women, transgender/genderqueer people, and people with disabilities by the interwoven “disciplinary” narratives of biomedicine, nation-building, and neoliberal capitalism. Prior to joining Penn faculty, So-Rim taught courses on Korean cinema and K-pop at New York University and the School of the Art Institute of Chicago, served as a Moon Postdoctoral Fellow in Korean Studies at Penn’s EALC, and was an Academy of Korean Studies Postdoctoral Scholar at Columbia University’s Weatherhead East Asian Institute. Her writings can be found in TDR: The Drama Review, Television & New Media, positions: asia critique (forthcoming in 2022), among others.