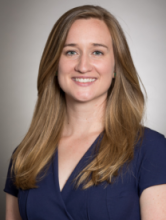 She is primarily a historian of Islam in South Asia, and her work overall investigates Islam in South Asia, viewed from the perspective of Urdu print publics. She presses on issues that illuminate the religious identity of Muslims in the 20th century and adds attention to material texts to studies of Urdu journalism. Her first book Print and the Urdu Public: Muslims, Newspapers, and Urban Life was published with Oxford University Press in October 2020. The book focuses on how the changing cultural and political climate of colonial India urged Muslims to expand the influence of existing print networks and make them distinctly Muslim. She analyzes this connection from a microstudy of both the discourse and materiality of Madinah newspaper, a paper printed from Bijnor qasbahthat presented itself as a voice for Muslims. A version of a chapter of this book appeared in Contemporary Studies of South Asia, Africa, and the Middle East in September 2020.

She has also co-edited the book Muslims Against the Muslim League: Critiques of the Idea of Pakistan (CUP, 2017) with Dr. Ali Usman Qasmi(LUMS). Dr. Robb has two substantial secondary research interests: 1) gender and Islam in South Asia and 2) comparative approaches to the connection between religion and sport in South Asia and North America. She has published articles related to her interest in gender in Modern Asian Studies, the Journal of the Royal Asiatic Society. She is currently co-authoring a chapter on the relationship between religion and sport in the Islamic Society of Chester County for a forthcoming edited volume with Duke University Press. She is currently a Junior Fellow in the Andrew W. Mellon Society of Fellows in Critical Bibliography. She is on research leave for the spring semester in Canada, where she is the Fulbright Canada Research Chair in South Asian Islam, in residence at the University of Calgary.