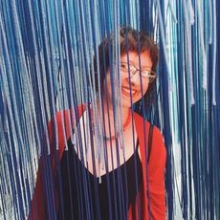 Elliot and Roslyn Jaffe Professor of Cinema and Modern Media

Karen Redrobe (formerly Beckman) is the Elliot and Roslyn Jaffe Professor of Cinema and Modern Media, Director of the Wolf Humanities Center, and Chair of the Department of the History of Art at the University of Pennsylvania. She is the author of Vanishing Women: Magic, Film and Feminism(Duke UP, 2003); Crash: Cinema and the Politics of Speed and Stasis (Duke UP, 2010), and is now working on a new book, Undead: Animation and the Contemporary Art of War. She has co-edited two volumes: Still Moving: Between Cinema and Photography with Jean Ma (Duke UP, September 2008) and On Writing With Photography (Minnesota UP, 2013) with Liliane Weissberg, and is also the editor of Animating Film Theory (Duke UP, 2014), which explores the history of film theory's engagement (and lack of it) with animation. She is now co-editing a new volume with Jeffrey Scheible entitled Deep Mediations, which explores the intersection of depth as a philosophical and visual concept. As a faculty member, her top priority is to expand access to higher education.

Her articles address a range of subjects, including the evolving role of film theory in the 21st century, war and the academy, violence and media, community media, animation theory, feminism and terrorism, death penalty photography, the relationship between cinema and contemporary art, and cinematic tempo. For several years she served as a senior editor of the MIT journal Grey Room, and is now a member of its editorial board. She is also a member of the PMLA advisory board.
Courses include: Global Film Theory, Cinema and Civil Rights, Introduction to Film Theory, The Place of Film Theory, The Art of Animation, War and Film (Afghanistan and Iraq), Art and Resistance, Cinema and Photography, Race, Sex and Gender in Early Cinema, Women and Film, Film History, The Road Movie, and Paul Strand. She is a core faculty member in the Cinema and Media Studies program; a member of graduate groups in the departments of Comparative Literature, English, and German; a board member for the Program in Gender, Sexuality, and Women’s Studies; a faculty affiliate of the LGBT center; and a First-Generation/Low-Income (FGLI) Student ally.