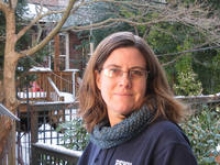 I am Professor of Philosophy and Education at the University of Pennsylvania. My research focuses on early modern philosophy, including the history of philosophy of science, the history and philosophy of education, and women in the history of philosophy. I have published on a wide range of figures, including Astell, Cavendish, Conway, Descartes, Du Châtelet, Hobbes, Leibniz, Malebranche, and Wolff, covering topics in metaphysics, the natural sciences, ethics and political philosophy. I am also engaged with students and teachers in the Philadelphia Public School District bringing philosophy into pre-college classrooms. I have held research grants from the National Science Foundation, the American Council of Learned Society, the Australian Research Council, the Social Sciences and Humanities Council of Canada, and the National Endowment for the Humanities.

(A) Generation, finality, and individuation: I'm interested in the challenge of explaining the generation of new living beings that confronted 17th and 18th century natural philosophers who are committed to the mechanical philosophy. This topic in the life sciences intersects in interesting ways with questions to do with individuation, and the role of final causes or teleology in natural philosophy.

(B) The philosophy of Emilie Du Châtelet: This is a collaborative project with Andrew Janiak (Duke University) which received past funding from the American Council of Learned Societies. It focuses on Émilie Du Châtelet’s natural philosophy, some questions in value theory (human happiness and virtue, for example), and the gendered context in which she forged her philosophy.

(C) Cavendish on Freedom: Genre and Philosophy: I am interested in the unusual conceptual space occupied by Cavendish’s philosophy in the early modern period. According to her, the natural and the normative are closely intertwined. My current research aims at understanding the impact of her unique system on her thinking about freedom. I'm also interested in how Cavendish's use of various genres enriches her philosophy.

(D) Freedom, Education, and Public versus Private Roles of Women:  I have interest in the theories of freedom of early modern women more generally, especially how ideas about freedom interact with theories about education and epistemic authority, including in the works of Gournay, Cavendish, Astell, Du Châtelet, and Wollstonecraft.

the history of women in intellectual thought in the 17th and 18th centuries; girls and women and education; race and education

Cultural Studies and Cultural History Histories of Gender and Sexuality