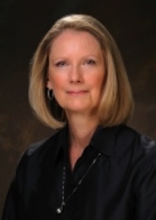 Julie Fairman is a nurse historian whose work on the history of 20th
Century health care represents a track record of consistent funding,
including fellowships from the NLM, NEH and RWJ. Her work on the history
of critical care earned her awards from the American Association of the
History of Nursing and her first book, Critical Nursing: A History,
received favorable reviews in the national and regional popular press
and from reviewers in professional journals.