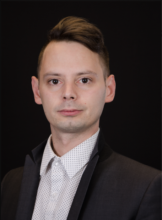 Ian Fleishman is an Assistant Professor of German and Cinema & Media Studies and Graduate Chair of the Department of Germanic Languages & Literatures at the University of Pennsylvania. He holds a doctorate in French and German Literature from Harvard University. His work focuses largely on sex and violence in order to trace the evolution of narrative form and its underlying epistemological shift from modernism to the postmodern. He has published widely on subjects ranging from the Baroque to contemporary cinema and pornography. His first monograph, An Aesthetics of Injury: The Narrative Wound from Baudelaire to Tarantino was awarded the Northeast Modern Language Association's annual book prize. He is currently editing, along with Iggy Cortez, a volume of essays on the work of Isabelle Huppert.