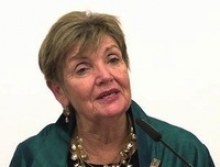 Carroll Smith-Rosenberg was director 1984-1988 and again 1991-1995. She is the Mary Frances Berry Collegiate Professor of History, Women's Studies and American Culture, University of Michigan, Emerita. She was at Penn from the 1960’s, becoming an assistant professor in both the Psychiatry and the History departments in 1972, until 1996, and was a founding member of the Women’s Studies Program. Her book, This Violent Empire: The Birth of an American National Identity, won a Choice Award for Distinguished Scholarly Book in 2011, and her groundbreaking article, “The Female World of Love and Ritual,” established the legitimacy of lesbian history in the field.