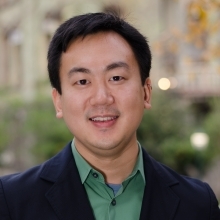 Assistant Professor in the Department of Russian and East European Studies

D. Brian Kim is an Assistant Professor in the Department of Russian and East European Studies at the University of Pennsylvania. He is a specialist in Russian literature of the long nineteenth century, translation studies, and literary and cultural relationships between Russia, Western Europe, and East Asia.

His current book project examines the cultures, practices, and ideologies of polylingualism in imperial Russia, focusing on the interplay between literature and education to investigate a national imaginary that sought to valorize foreign languages as a way to bridge various cultural gaps between Russia and points beyond. At Penn, Dr. Kim regularly offers courses on nineteenth-century Russian literary and cultural history, including seminars on Tolstoy and Dostoevsky, as well as occasional seminars on such topics as Russian identity and its permutations in historical context, and the history and sociology of reading in imperial Russia.