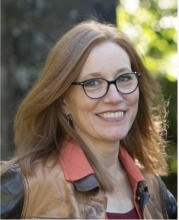 Beth Linker is the Samuel H. Preston Endowed Term Associate Professor at the University of Pennsylvania in the Department of the History and Sociology of Science. Her research and teaching interests include the history of science and medicine, the body, gender, health policy, and disability. She is the author of War’s Waste: Rehabilitation in World War I America (Chicago, 2011) which went on to be featured in a Ric Burns documentary titled A Debt of Honor in 2015. Linker is also the co-editor of Civil Disabilities: Citizenship, Membership, and Belonging (Penn Press, 2014). Her award-winning scholarship has also appeared in The New England Journal of Medicine, The Boston Globe, The Huffington Post, The Bulletin of the History of Medicine, and The American Journal of Public Health.

Linker's next book, Slouch: The Rise and Fall of American Posture, explores the growth of non-communicable epidemics in the twentieth century, using posture as a case study. For centuries, bodily comportment was a matter of etiquette and social mores. Not until the 19th century did posture become something to be measured, standardized, and pathologized. By the early 20th century, many experts believed that the nation was living through a poor posture epidemic that affected 80 percent of the population. The book demonstrates how the slouching epidemic gained scientific and cultural legitimacy among experts and the wider public, and how it would later serve as a model for explaining the prevalence of other non-contagious conditions, such as the obesity epidemic. For this project, Linker has received grants from The American Council of Learned Societies, The National Endowment for the Humanities, The National Institutes of Health, and The Robert Wood Johnson Foundation.

In addition to her position in the Department of the History of Science, Linker is a core faculty member in Penn's Program in Gender, Sexuality, and Women's Studies. She has held fellowships at the Max Planck Institute for the History of Science in Berlin, the Barbara Bates Center for the History of Nursing, and the Penn Humanities Forum. In the spring of 2017, she was awarded the Christian R. and Mary F. Lindback Award for Distinguised Teaching, the university's highest teaching honor.

Health and Science Histories of Gender and Sexuality