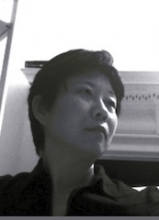 Dr. Kano’s research focuses on the intersection of gender, performance, and politics, in the context of Japanese cultural history from the 19th century to the present. Her first book (Acting Like a Woman in Modern Japan: Theater, Gender, and Nationalism, Palgrave2001), focused on the first generation of actresses in modern Japanese theater. Her second book (Japanese Feminist Debates: A Century of Contention on Sex, Love, and Labor, University of Hawai’i Press 2016) analyzed Japanese feminist discussions from the 1890s to the present. She has also co-edited with Julia Bullock and James Welker a volume of essays reconsidering modern Japanese feminism (Rethinking Japanese Feminisms, University of Hawai’i Press 2018). Current projects include a book on cinematic adaptations of Japanese literature focusing on themes of war, sex, and belonging, and a collaborative translation project of a popular illustrated book from the early modern period.