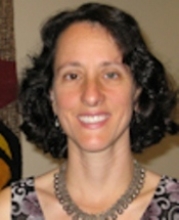 Dr. Farnsworth-Alvear teaches in both the History Department and the Latin American and Latino Studies Program at the University of Pennsylvania. Her first book, Dulcinea in the factory: Myths, Morals, Men, and Women in Colombia's Industrial Experiment, 1905-1960 (Duke University Press, 2000) won both the Bolton-Johnson prize, awarded by the American Historical Association, and the Allan Sharlin prize, awarded by the Social Science History Association.  She is co-editor of The Colombia Reader (Duke University Press, 2016), and is currently working on a book about the extraction of gold and platinum from the San Juan River in the Colombian Chocó. A longer-term project engages oral histories of war in Angola to provide a fuller, more trans-national description of the 1960s and 1970s. She lives in Philadelphia with her family.