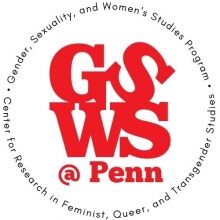 Announcing the Penn Center for Research in Feminist, Queer, and Transgender Studies

To the Penn Community,

As incoming Director, I am pleased to announce that the GSWS Executive Board has voted to change the name of our research center to the Center for Research in Feminist, Queer, and Transgender Studies, effective July 1, 2021.

A brief history of our program and research center provides context for this overdue change. Our research center, formerly known as the Alice Paul Center, was established in 1982 to support scholarly research in conjunction with the teaching mission of Penn’s academic program in what was then known as “Women’s Studies.” Like those of many Women’s Studies programs of its time, Penn’s curriculum focused largely on a single axis of identity and tended to privilege white, middle-class, Western ciswomen. The choice to name the affiliated research center after Alice Paul, a U.S. suffragist and Penn Ph.D., fell in line with this vision of the subject of women’s studies. Over the past forty years, the curriculum of Penn’s “Women’s Studies” program has been continuously revised to address a more complex and intersectional understanding of gender and sexuality, a shift in perspective registered in two name changes since the late 1990s. When I arrived at Penn in 2006, our academic program was called “Gender, Society, and Culture,” and a decade ago the program adopted its current name, Gender, Sexuality, and Women’s Studies (GSWS). As it has grown, the Alice Paul Center has similarly sought to cultivate a scholarly community that affirms and welcomes speakers, fellows, artists, activists, students, and intellectuals of all genders, sexualities, races, ethnicities, religions, abilities, nationalities, and socio-economic and documentation statuses.

Unfortunately, the name of our research Center has not kept up with this intersectional and collective spirit—and in fact runs counter to it. Upon the centennial anniversary of the formal enfranchisement of U.S. women in 2020, members of the GSWS community reflected on the question of “whether Alice Paul's problematic past, including her role in the exclusion of Black women from the suffrage movement, make her the right namesake for the Center.” (You can find this history, as well as links to undergraduate, graduate, and faculty reflections here: https://gsws.sas.upenn.edu/center/about.)

In Spring 2021, the Executive Board voted to rename our Center. This change was guided by a commitment to critical self-reflection and to initiating the structural changes necessary to make our Center a site of genuine collaboration, coalition, and solidarity. Our decision not to name our Center after a single figurehead is meant to register this commitment: any proper name would inevitably prioritize some identities and struggles over others, even as it would perpetuate a patriarchal elevation of the individual, charismatic leader over the many less celebrated persons working for change. We want instead to accentuate the collective work of scholarly endeavors and social justice movements, both now and in the past.

We hope that our new name, the Center for Research in Feminist, Queer, and Transgender Studies, will signal our commitment to all who are invested in gender and sexuality studies. Our theme for 2021-22 is Care for the Future, and we will host a number of talks, workshops, performances, and other events exploring the local and global politics of care work and environmental responsibility. This year the FQT Center will also commemorate the fortieth anniversary of two landmark publications for BIPOC queer feminist writing, This Bridge Called My Back and But Some of Us Are Brave—volumes whose foundational insights on the mutual formation of gender, sexuality, race, class, ability, environment, slavery, and colonialism have often been excluded from queer theory’s traditional genealogies.  As incoming Director, my personal hope is that in future years our commitments to collective and coalitional politics and scholarship—initiated by the Directors that have preceded me and made possible by the work of GSWS/APC staff, students, postdocs, and faculty—will continue to grow in meaningful and unexpected directions.

Center for Research in Feminist, Queer, and Transgender Studies