In her 1869 novel Minnie’s Sacrifice, Frances Ellen Watkins Harper depicts the political aftermath of the Civil War as a drama of miscegenation, citizenship, and public service in the American South. The novel’s Black characters in particular worry about “the effect of discovery”of heroine Minnie’s mixed-race status by whites, and delay her secret’s circulation to the best of their ability (Harper 31). Remarking upon why she agreed to keep her identity secret, Minnie explains “that I could not associate with white people on equal terms, without concealing my origin” (Harper 72). Drawing on poststructuralist theory, nineteenth-century American print culture, Black feminist criticism and historical materialism, this paper examines the phenomenon of concealed origins and deferred disclosure in Harper’s Reconstruction-era serialized novels Minnie’s Sacrifice (1869) and Sowing and Reaping (1876-77).

Building on work by Frances Smith Foster, Melba Joyce Boyd, Hazel Carby, Barbara Johnson, Jacques Derrida, and W.E.B. DuBois, this essay considers the communal poetics of deferral and concealment at play in Harper’s Reconstruction-era novels. Rather than assuming that Harper’s novels depict only the African American political gains in the early postbellum period, I argue that her novels underline the deferral of those gains through the ongoing processes of gendered racialization. Indeed, if we consider the concealed origins and late twentieth-century rediscovery of Minnie’s Sacrifice and Sowing and Reaping, the slow time of recovery for Black women’s writings destabilizes periodization as an organizing timeline for literary study. In this paper, I focus on the concealed origins of Harper’s mixed-race protagonists in her early novels as a way to consider the social rhetoric of deferral that binds Black postbellum communities.

Zoe (Mengyang) Zhao
“Ready Worker Two”: Gendered Discipline of Platform Game Work in China
This chapter investigates the de facto gender segregation and gendered discipline of platform game work in China, a special play-to-earn economy that has drawn millions of young workers. Platform game work encompasses a broad range of online video game services, such as live game streaming, paid boosting, and game companion that match customers’ demands with workers, all of which have undergone rapid platformization during the past decade. In this novel gig work, the ideal female companion versus male booster mirrors and intensifies the offline gender division of labor under which working-class women are sorted into service-oriented jobs. Even within each gaming service sector, women are drawn into entertainment-oriented, repetitive, and low-paying resource mining tasks, while men are considered capable of finishing high-skilled, competitive, and coaching tasks. Besides having to deal with overt sexism, women suffer from a lack of gaming capital since adolescent times, which is largely tied to the often mystified concept of gaming skills in competitive gaming. Even the governmental crackdown on gaming services produces gendered consequences, rendering women workers more invisible and vulnerable. Overall, this study has shown the mechanisms through which women workers have been culturally, socially, and algorithmically disadvantaged along the whole service supply chain. 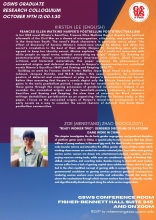