Register in advance for this Zoom meeting here.

After registering, you will receive a confirmation email containing information about joining the meeting.

In this talk, I will discuss the state of my Ph.D. research into “Communist Love” and the Kommunalka - a unique urban form of communal living that was extremely popular during the Soviet era in St Petersburg, Russia. I will contrast the notion of “Communist Love” with that of "Bourgeoisie Love'', explaining how the inspired Bolshevik revolutionists of 1917 saw the latter as leverage towards political and personal redemption. I will also try to assess whether this kind of love did indeed exist within the mundane experience of real-life in a typical communal apartment.

This presentation draws on recent scholarship in queer translation studies to examine and problematize the emergence of modern Japanese literature in the United States during the 1950s and 1960s. Between 1919 and 1954, virtually no contemporary Japanese language literary works were translated and published in the United States. This drought was ended in the mid-1950s by a wave of translations by a small group of American translators formerly associated with the Allied Occupation of Japan. This wave was key in introducing classical and modern Japanese writers to global literary discourses and culminated in 1968 when Kawabata Yasunari became the first Japanese language writer to win the Nobel Prize in Literature.

While this rise in translation has been previously analyzed in the geopolitical context of the emerging Cold War U.S.-Japan alliance, far less attention has been paid to the queer dimensions of this exchange, that is to say to the fact that virtually all the participants in this intercultural and interlingual exchange, Japanese and American alike, were same-sex attracted men. Drawing on Karen Thornber’s notion of literary contact nebulae and queer and feminist theories of translation, in this presentation I will introduce four postwar American translators of Japanese literature crucial to my current study: Donald Keene (1922-2019), Edward Seidensticker (1921-2007) Meredith Weatherby (1915-1997), and Donald Richie (1924-2013). By tracing their complex historical positionality as white, male, queer cultural interlocutors in an increasingly homophobic Cold War America, I will argue that the works of these translators and the oeuvres they produced must be analyzed in intertextual terms. What did Japanese literature offer to these translators, and how was their choice to become translators of Japanese linked to their own life trajectories and understandings of themselves? To answer these questions, I argue we must expand our understanding of translators as agents that are always responding to and even subverting larger social, political, linguistic, and sexual conditions through mutually constitutive forms of meaning-making with their counterparts. 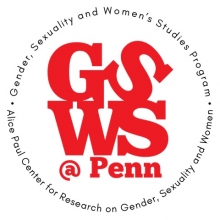