Examining the Bureaucratic Construction of 'the Urban' in South Asia

Join Presenter: Indivar Jonnalagadda, PhD Candidate, South Asia Studies and Anthropology and Discussant: Debjani Bhattacharyya, Associate Professor of History, Drexel University on this event by the Urban Studies Program at the University of Pennsylvania.
What is urban? In a context of what is being called ‘planetary urbanization’, the question of how the realm of ‘the urban’ is demarcated, differentiated and governed is crucial. In this paper, I build a theory from bureaucratic practices of land administration in South India. Officers of the Registration and Revenue Departments in Indian cities have a particular view on what separates the urban from the rural. In their experience, specific features of the political economy of land, of real estate markets, and of the (il)legibility of land claims are what constitute the urban sphere. Based on interviews with multiple officers in the land bureaucracy in Urban Hyderabad district, and based on discourse analysis of a daily column on citizens’ grievances with the Revenue Department in a Telugu-language regional newspaper, I argue for thinking of the distinction of urban and rural in terms of bureaucratic practices and epistemologies. Offices of land administration in India are incidentally also in charge of the civic administration and are a prominent interface between state and citizen, where multifarious negotiations and contestations take place. The land bureaucracy is also a crucial site where governments negotiate with multifarious designs and visions for capitalizing and valorizing land for local and global circuits of investment and speculation. While a great deal of attention is given to techniques of spatial planning and the ramifications of zoning, attending to the bureaucratic renderings of the urban brings to light the specific techniques of exception-making, circumvention, and policy re- invention that subtly alter the designs of planners and steer the governance of urban space. 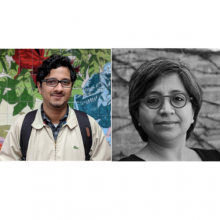