Urban Gay Culture and the Active Accomplishment of Community

In an era of increased cultural and political acceptance of homosexuality, scholars and pundits alike have wondered whether and how gay spaces, such as bars and neighborhoods, will persist. While research suggests that gay spaces are increasingly plural and fleeting, there have been few ethnographic studies to illuminate how these spaces form, persist, or change. Using data from participant observation and in-depth interviews, Tyler Baldor examines how several distinctive gay identity spaces in Philadelphia’s Gayborhood neighborhood—nightclubs that cater to both gay and straight patrons, a piano bar, and a leather bar—are created and recreated each night through the active efforts of patrons and staff. Tyler argues that this is a theoretical case of how identity communities respond to broader cultural and structural shifts that potentially render their community spaces obsolete. For scholars interested in understanding how urban spaces change over time, he argues that we need to pay close attention to the micro-dynamics of emotions and interactional rhythms alongside macro forces. 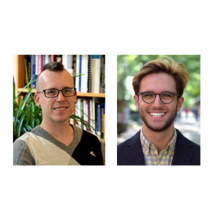