Love in Quarantine: A Conversation with Karley Sciortino

Karley Sciortino is a writer, television host, and producer. She is the founder of Slutever, a website that focuses on sex and sexuality, and executive producer and host of the Viceland documentary series of the same name. For the last six years she has writen Vogue's sex and relationships column, Breathless. She also co-wrote the scripted comedy series Now Apocalypse (2019), alongside queer film icon, Gregg Araki. Her memoir, Slutever: Dispatches from a Sexually Autonomous Woman in a Post Shame World, was published in 2018.

How is the landscape of love, sex and intimacy changing now that we’re all trapped in our bedrooms? Whether you’re single and forced into quarantine celibacy, sleeping around on Zoom, or trapped in a studio apartment with your ex-boyfriend, we are all adapting to a new normal. LOVE IN QUARANTINE is hosted by Vogue sex columnist Karley Sciortino. In each episode, we listen in on Karley's funny and intimate conversations with people, who, just like us, are navigating sex and relationships during the apocalypse. The result is a podcast about quarantine that isn’t depressing. Phew. podcasts.apple.com/us/podcast/love-in-quarantine/id1508636808 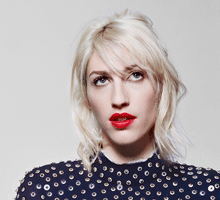