In their 2016 essay “Sick Woman Theory,” genderqueer artist and social theorist Johanna Hedva described the category of “Sick Woman” as encompassing those individuals “who have been historically pathologized, hospitalized, institutionalized, brutalized, rendered ‘unmanageable,’ and therefore made culturally illegitimate and politically invisible,” and according to Hedva, “to stay alive, capitalism cannot be responsible for our care—its logic of exploitation requires that some of us die” (Hedva, n.p.).  Hedva’s theory is important to my own work, which explores how nineteenth-century physicians conscripted the bodies of sick, dying, and dead patients during epidemics of yellow fever, cholera, and typhus, to produce new knowledge toward nosological ends. My dissertation, like the institutions it examines, is populated by a diverse assortment of Sick Women, all of whom shared a status as, at one point or another, institutionalized political outsiders. But a too-close focus on the condition of patienthood—even if it cuts across categories such as race, gender, and ability, not to mention time and space—flattens how those categories have intersected with experiences of being a patient. This does not mean that historians and other scholars should discard Hedva’s theory, but it does mean that we should carefully contextualize our applications of it.

In this paper, I ask: how do we do that? Defining intimacy as a value-neutral condition of physical and sensory proximity that can acquire a positive or negative valence based on context, I explore the relationship of Hedva’s theory to my own examination of historical forms of intimate care provided to institutionalized patients. Care can be—has been—violent and coercive, for all its intimate potential. I argue that the deeply intimate treatment regimens characteristic of the nineteenth century’s anatomical-clinical synthesis could not always save the patient. But if they failed the patient, they did not fail the physician, who drew upon pre- and postmortem observations of patients in constructing “fuller” accounts of diseases and the body. In nineteenth-century Philadelphia, the logic of clinical intimacy required some patients to die.

This paper tracks Indian sexual scientists’ attempts to invent an “indigenous” version of the couple as a eugenic object and as a form of emotional democracy in the late 1920s in the Bombay Presidency. Studying the pioneering work of the Marathi sexologist and novelist Narayan Sitaram Phadke against the backdrop of failed legal attempts to reform child marriages by raising the age of consent in the 1920s, I will show how Indian scientists’ like him leveraged the alienness of colonial law from the population it sought to govern in order to bolster Indian eugenic science’s authority as the locus for marital reform in the country. As sexual scientists were aware of colonial law’s failures in ensuring modern coupledom in India, I argue that they crafted cultural supplements like the novel, particularly, the bildungsroman, to circulate “English” idioms of youthful love among Marathi audiences. By operating from an aesthetic platform, the Phadke novel bridged the distance between metropolitan eugenics and its regional audiences and disseminated ideas about caste-bound romance as the hallmark of Indian coupledom. As exemplified by his work, eugenic science in its cultural form demarcated an elusive space for the young couple to emerge as a locus of interpersonal democracy within the extended family. Such scientific work cemented the caste exclusivity of vernacular gender reform discourse, appropriating lower-caste idioms of intimacy as the organic basis of Indian sexual modernity in the name of a “democratic” polity to come. 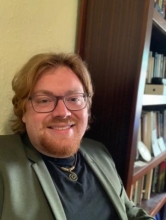