A Reading by Yolanda Arroyo Pizzaro

Yolanda Arroyo Pizzaro is an award-winning Afro lesbian novelist, short story writer, essayist, and feminist activist from Puerto Rico, who addresses both racial and gender issues, and sexual identity in her combative, non-conformist, and creative works. She offers lectures about antiracist, decolonial feminism, LGBTTQ issues and how to be a black woman in today’s society. She is also the Director of the Department of Afro-Puerto Rican Studies, a performative project of Creative Writing based in San Juan and has founded the Chair of Ancestral Black Women to respond to the invitation promulgated by UN and UNESCO to celebrate the International Decade of Afro-Descendants 2015−2024. Her book Las Negras, winner of the PEN Club Puerto Rico National Short Story Award in 2013, explores the limits of female characters during the slavery period that challenged hierarchies of power. She also won the Prize of the Institute of Puerto Rican Culture in 2015 and 2012, and the National Prize of the Institute of Puerto Rican Literature in 2008. Her work has been translated into German, French, Italian, English, Portuguese and Hungarian. 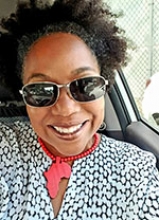