Born in 1965 to Communist parents, the transgender and disability rights activist Echeverría Gaitán was a child of the Mexican counterculture and leftist movements that emerged in the wake of the Cuban Revolution. Diagnosed with multiple sclerosis, Echeverría Gaitán participated in leftist organizations and guerrilla struggles throughout her life. Bearing a striking resemblance to Ernesto “Che” Guevara, Echeverría Gaitán modeled herself after Che Guevara’s “New Man” in her youth and traveled to Moscow, Nicaragua, and Cuba on solidarity missions and for political education. At age 34, she began her transition from a man to a woman, adding a new layer of defiance to her militancy. This paper examines the life of Echeverría Gaitán, pieced together from interviews, her 2008 testimonio (testimonial text) titled Carta a mi padre (Letter to My Father), and a 2011 documentary Morir de pie (Die Standing). In particular, it is interested in the ways Echeverría Gaitán narrated her intersectional experiences and how her presentation of herself as a New Woman upon her transition caused conflict within her leftist circles. Though, in the Mexican case, expulsions for sexual and gender dissidence were rare, Echeverría Gaitán claims to have been kicked out of the Zapatista Army of National Liberation (EZLN). Her case, however, is difficult to verify due to a lack of formal documentation and the reliance on oral testimony. I therefore use the case of Echeverría Gaitán to highlight some of the epistemological tensions in oral testimony and the complex dynamics of sexual politics in Mexico’s leftist organizations.

Please register below to recieve a copy of the paper in advance of the talk. Hard copies of the paper will also be available on the day of. 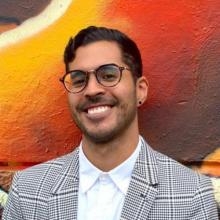