Phuck It!: Philanthropy, Politics, and Protest

GSWS Professor of Practice Roz Lee will lead an interactive discussion on how social justice philanthropy supports political activism and social protest, and how current events are requiring us to grapple with race, gender and sexuality in new contexts.

Roz Lee, Vice President of Strategy and Programs, Ms. Foundation for Women, has dedicated her career to advancing racial, gender, economic and LGBTQ justice through philanthropy, community organizing, legislative advocacy, and popular education. Currently, Roz serves as Vice President of Strategy and Programs at the Ms. Foundation for Women, where she leads efforts to invest in and strengthen the capacity of women-led movements, particularly by women and girls-of-color, to advance meaningful social, political and economic change in the lives of all women and girls. As Director of Social Justice Initiatives at the Arcus Foundation, she designed and implemented innovative global and domestic philanthropic approaches to advancing strategies at the intersection of race, gender, sexual orientation and gender identity. She helped develop the Global Trans Initiative, a groundbreaking $20 million multiyear endeavor to improve the lives of transgender people. Roz was a founding co-chair of the Out in the South Initiative, a five-year project with the goal of leveraging $60 million in support of LGBTQ communities in the southern United States. She served on the steering committee of Grantmakers for Southern Progress, a network and learning community of southern based and national funders committed to advancing structural change and equitable outcomes in the southern United States. She is a former board member of ABFE, a funder affinity group that promotes effective and responsive philanthropy in Black communities. Roz volunteers for numerous organizations committed to advancing racial equity, gender justice and LGBTQ equality. She lives with her spouse and daughter in New York City. 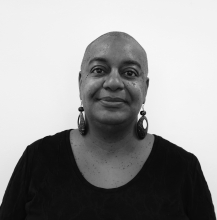