In recognition of International Women’s Day, Penn Nursing’s Center for Global Women’s Health, the University of Pennsylvania Libraries, and the Department of Medical Ethics and Health Policy, with the assistance of Penn Nursing’s Office of Diversity & Inclusivity, the Alice Paul Center, Penn Women’s Center, and Penn Law Documentary Project, present a screening of the award winning documentary No Mas Bebes, which documents the struggle for justice by Chicano women in 1960s and 1970s California who were involuntarily sterilized during health care encounters.

Forcible sterilization of indigenous and minority women is not a purely historical phenomenon—it continues in many countries around the world as a constant outrage against women’s rights and their freedom to choose—including most recently as a tactic to suppress transgender rights in Japan. In the Western Hemisphere, while the massive sterilization campaign in Puerto Rico is well documented, evidence is still emerging from victims in Canada and Peru, and the struggle for justice is ongoing.

Penn Nursing, University of Pennsylvania Libraries, and the Department of Medical Ethics and Health Policy. 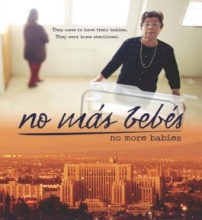