A Conversation between Anita Hill and Kimberlé Crenshaw. Sexual Harassment from Congressional Testimony to the #MeToo Movement.

Twenty-eight years ago, the Alice Paul Center and GSWS Program hosted Anita Hill in her first public talk after the Clarence Thomas confirmation hearings. Professor Hill returns to Penn at yet another historic moment in the movement against sexual harassment and sexual assault: Christine Blasey Ford's courageous testimony at the confirmation hearings of Brett Kavanaugh.

Sexual Harassment from Congressional Testimony to the #MeToo Movement brings together Anita Hill and Kimberlé Crenshaw for a discussion of the historical context for and current movements against sexual harassment. With Penn’s own Dorothy Roberts acting as moderator, the event brings together three of the most distinguished gender, race and legal scholars

The event is sold out. Any unclaimed ticketed seat not claimed by 4:45 will be opened on a first come basis. 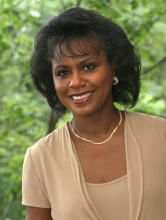