Kiana Murphy, Exploding the Spectacle: The Urgency of (Re)Graphing Blackness in Kindred

This paper considers the way black cultural objects challenge the fixity of race and also teach us to see and read blackness otherwise/elsewhere. If, as scholar Isaiah Lavender argues, “the African American historical and cultural condition is inherently the stuff of science fiction,” this paper more broadly ponders the critical/creative tools Black writers use to harness and suspend Blackness as an identity category. Thus, this is a paper about ethical reading practices, and how debates about reading and knowledge production have (again) become particularly urgent in Black Studies. Specifically examining Kindred and its graphic novel adaptation, this paper posits the radical potentialities of the Black womxn’s body/flesh as it is imagined in the speculative mode. How does Butler’s Kindred enter/exit Black feminist theorizing of the flesh? What radical futures does the vanishing Black womxn activate? How is the spectacle of Blackness (and the Black body) revised in Butler’s novel and exploded in the graphic novel?

Dana Cypress, "Live From the Underground": Notes for Long Division

Kiese Laymon’s 2013 metafictive novel, Long Division, chronicles the time travelling adventures of two young black southerners moving fluidly between the years 1964, 1985, and 2013 in Mississippi. Their travels underground across time and space dance on the brink of disaster as they attempt to secure their future survival at critical moments in the recent past. In this paper, I consider the ways in which Laymon uses the languages of black southern vernacular and sound to think about the familial connections his precocious characters have to the eras that they traverse. This paper also examines how we might understand the novel’s sustained language play as a mechanism of time travel and an important representational strategy for meditating on what and who remain in the wake of catastrophic loss. 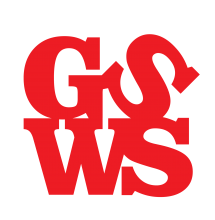