In this talk, I investigate the ties between the sexual agency, race, and political power in Shakespeare and Fletcher’s The Two Noble Kinsmen (1613). I argue that the sexual assault inflicted on the Daughter (which operates under the guise of being a “cure”) indicates larger, political efforts to control racialized women in early modern English society. By political efforts I refer to the extralegal measures taken to control the maidservant: her confinement in the prison as well as the pathology assigned to her. These efforts are extralegal because do not come from the sovereign, Theseus. However, they do explicitly mimic his model of sovereignty. For, like Theseus and Hippolyta’s marriage, the villagers capture, contain, and encourage compulsory sex with the Daughter. Both Hippolyta’s marriage and the Daughter’s confinement are enforced by the reputed power of penetration to conquest the woman’s bodily autonomy.  To show this to be the case, a large part of the work of this essay is devoted to reading how Shakespeare and Fletcher construct the Daughter’s voice within her status as a maidservant, and how her voice illuminates the tether between race and sexuality. The second part of talk examines the extralegal use of pathology to justify, and the prison to stage, the rape of Daughter. The juxtaposition of her agency next to these extralegal tactics implicates the law in creating a systemic environment of the sexual abuse towards the maidservant class.

This papers draws on 18 months of ethnographic fieldwork among a network of kin spread out between Senegal, Ghana, Togo, Burkina Faso and the Northeast and Midwest United States examine the racialized governance of mobility from the intimate outward among people who negotiate the right to be close to their loved ones within legally restrictive immigration policies that govern mobility, economic opportunity, and hence, geographical proximity. I follow the interpenetration of care, labor, and obligation to ask what forms of political reckoning and of sovereignty become possible from a vantage point that centers transnational black kinship? As West Africans living and working under exploitative conditions in the US, my interlocutors find their footing on the fault lines (Petryna and Follis 2015) of two white supremacist disavowals (Fischer 2004). First, the illegalization and de-documentation of racialized immigrants in the US is a disavowal of forms of labor exploitation that preclude worker rights for immigrants from the global south, on the one hand, and that criminalize black citizens even while harnessing their free labor through the jail system on the other. Second, the obdurate re-use of the culture-of-poverty myth, as it relates to black kinships, is driven by a disavowal that normalizes a foundational white supremacist, nuclear family myth (e.g., Spillers 1987, Davis 1999, Pierre 2004). This paper asks what forms of sovereignty can be felt, perceived, and lived in abreactions of these disavowals and through a relational archive of immigrant self-documentation. 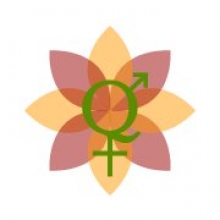