Diana Henderson: In the Company of Women: Working with Shakespeare in the Twenty-First Century

Speaker: Diana Henderson (Professor of English at Massachusetts Institute of Technology), whose scholarship on women's writing, performance and media has been of great importance to scholars of gender and culture in the Renaissance.

The author of Collaborations with the Past: Reshaping Shakespeare across Time and Media and Passion Made Public: Elizabethan Lyric, Gender and Performance, Professor Henderson served as Immediate Past President of the Shakespeare Association of America (SAA) from 2014 to 2015 and co-chaired the "Women and Culture in the Early Modern World" seminar at the Mahindra Humanities Center at Harvard University. She has also been an MIT MacVicar Faculty Fellow since 2009 and is co-editor of the prestigious scholarly journal, Shakespeare Studies. 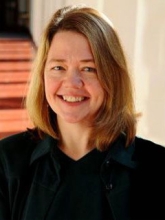