Note: this location is not accessible. Please contact us for accommodations.

In partnership with the Department of English

In this talk, Puar reflects on the last ten years of homonationalism and its effects. She is especially interested in what the Trump presidency and other right-wing governments might suggest about the successes and failures of LGBTQ human rights platforms and about the elasticity of homonationalism. Finally Puar suggests that U.S. driven queer theoretical projects need to account for the U.S. as a generator of permanent war both globally and within its own borders.

Jasbir K. Puar is Professor of Women's & Gender Studies at Rutgers University. She has also been a Visiting Lecturer in the Department of Performance Studies at NYU and a Visiting Fellow at the Institute for Cultural Inquiry in Berlin. She received her Ph.D. in Ethnic Studies from the University of California at Berkeley in 1999 and an M.A. from the University of York, England, in Women's Studies in 1993. Puar is the author of Terrorist Assemblages: Homonationalism in Queer Times (Duke University Press 2007), which won the 2007 Cultural Studies Book Award from the Association for Asian American Studies. A redacted version of Terrorist Assemblages has been translated into French as Homonationalisme. Politiques queers après le 11 Septembre, (Editions Amsterdam, 2012). 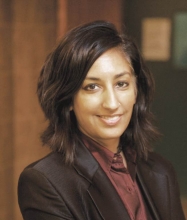