Free and open to the public

Jasbir K. Puar is Associate Professor of Women's & Gender Studies at Rutgers University. She has also been a Visiting Lecturer in the Department of Performance Studies at NYU and a Visiting Fellow at the Institute for Cultural Inquiry in Berlin. She received her Ph.D. in Ethnic Studies from the University of California at Berkeley in 1999 and an M.A. from the University of York, England, in Women's Studies in 1993.

Her major awards include the Edward Said Chair of American Studies 2012-13 at the American University of Beirut, a Rockefeller Fellowship at the Center for Lesbian and Gay Studies at the CUNY Graduate Center (1999-2000) and a Ford Foundation grant for archival and ethnographic documentation work (2002-2003). She recently received the 2013 Modern Languages Association Gay Lesbian/Queer Caucus Michael Lynch Award for her years of scholar-activist work. In January 2013 she was honored with the Robert Sutherland Visitorship at Queens University, awarded to "a notable individual with expertise in race relations." She has also received two awards for her graduate teaching, in 2011 from the Graduate School of Rutgers University and in 2012 from the Northeastern Association of Graduate Schools.

She is a 2013-14 Society for the Humanities Fellow at Cornell University, where she will be working on her third book, titled Inhumanist Occupation: Sex, Affect, and Palestine/Israel. 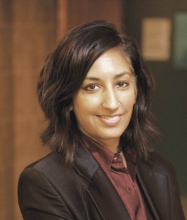